BigCommerce vs Shopify 2021 – Which Is The Better Platform?

In previous posts, we compared BigCommerce against Magento, one of the most popular eCommerce platforms. Let’s take a look at another famous eCommerce platform, Shopify. Both BigCommerce and Shopify are amazing systems, but there are some key distinctions between them. One platform may be a better fit for your business than the other, depending on your needs.

BigCommerce and Shopify are two of the most popular SaaS eCommerce systems for launching online stores. These platforms allow you to use a wide range of tools without needing to know anything about web programming. We’ll compare the features, pricing, and community of both BigCommerce and Shopify in this post.

BigCommerce and Shopify are both SaaS eCommerce platforms (Software-as-a-Service), meaning they can be accessed via a browser without the need for external hosting. The platform will take care of things like server maintenance, upgrades, and problem resolution. As a result, you can get started with your store straight away without having to learn a lot of coding.

We can confidently state that both systems can meet the needs of all online retailers and budding entrepreneurs admirably. The final decision will be based primarily on your own personal principles. Let’s take a look at both Shopify and BigCommerce financial results in 2020.

Shopify has the fourth e-commerce market share at 7.65 percent and BigCommerce is eleventh at 1.17 percent, according to Datanyze.

Aside from the fact that neither BigCommerce or Shopify charge any startup fees, both provide a 14-day free trial. There is no bandwidth consumption fee on any of the plans offered by either platform.

If you do require a full-fledged web store, Shopify or BigCommerce will set you back roughly $30 per month.

All of the products, file storage, and bandwidth are limitless. Both platforms provide the same level of customer service, including live chat and phone assistance 24 hours a day, seven days a week.

It can be challenging for expanding businesses to scale up while keeping expenses low, especially given BigCommerce’s recent pricing changes. In short, after you reach $125,000 in sales, BigCommerce will force you to upgrade to an Enterprise plan, which is significantly more expensive ($900 to $1,500 per month) than Shopify in a similar sales volume scenario.

Overall, both platforms appear to be fairly identical in terms of pricing, with the exception of Shopify Lite‘s $9/month plan, which is a great low-cost choice for getting into the world of eCommerce – albeit without actually having an online store.

With over 100 mobile responsive themes to pick from, Shopify is at the top of the list for best site design. There are around 9 free in-house alternatives, with the remainder costing between $140 and $180 and supported by third-party developers. Shopify’s themes are all professional, attractive, and simple to use. Of course, if you don’t like what you see, you may use HTML, CSS, and Shopify’s own language, Liquid, to create your own theme using Shopify’s code.

BigCommerce, like Shopify, has a pretty comprehensive collection of both free and paid themes, which are separated into numerous categories. They’re all mobile-friendly and completely customizable. There are over 150 Stencil themes to choose from. BigCommerce themes are all mobile-friendly. Stencil themes are simple to edit without having to go into the code, though you can do so if you want. The cost of the paid themes will be similar to the cost of Shopify themes. However, certain premium themes will be a little more pricey, with prices approaching $300 in some situations.

Despite the fact that both platforms provide a large number of themes and designs, Shopify has more themes than BigCommerce in the market. Shopify has almost 1,300 themes and templates, pricing from $16 – $199. Compared to BigCommerce with almost 90 themes and templates, pricing is from $24 – $199. The amount of themes offered is one of the features that merchants like the most about Shopify. And the Shopify theme editor is simple to use and intuitive when it comes to making modifications to personalize your business.

BigCommerce and Shopify both come with a robust set of functionality straight out of the box. Both platforms have a similar set of built-in features, with a few notable exceptions:

As previously said, BigCommerce and Shopify are both simple-to-use e-commerce systems but are also rather powerful. Both solutions make it simple for users to get their online stores up and running in the shortest amount of time by providing a well-thought-out and adequately designed user interface. Despite this, many people who have used both platforms agree that Shopify is the easiest to operate.

BigCommerce’s features are more scalable, but they’re less suitable for newcomers. Shopify, on the other hand, is a less powerful platform, but you won’t be left on your own. BigCommerce’s user interface has recently been improved. BigCommerce’s drag-and-drop builder really outperforms Shopify in terms of design versatility; all you have to do is pick a page piece you want and drag it to the desired location.

Shopify is easier to operate but BigCommerce is more powerful. Still it’s a harder platform to master – although its drag-and-drop builder is definitely giving Shopify a run for this title.

Mobile devices are supported by both Shopify and BigCommerce for online retailing. Depending on the type of user-friendly experience you want to create, you can also utilize barcode scanners, receipt printers, label printers, and tills.

You can also find other POS solutions in the app store. All of these tools will help your BigCommerce or Shopify store reach the next level, by allowing you to create pop-up shops and other business opportunities in the physical world.

Dropshipping is supported by both Shopify and BigCommerce: you can drop ship for a variety of merchants by installing an app from BigCommerce or Shopify’s app store (popular options include Oberlo for Shopify or AliExpress Dropshipping for BigCommerce).

The Shopify app shop has a lot more apps than the BigCommerce app store, and as you might guess, this is true when it comes to dropshipping apps as well – there are a lot more alternatives with Shopify.

At least not directly, neither of these two systems provides full multilingual capability. Both BigCommerce and Shopify, on the other hand, provide third-party or paid tools that allow users to develop completely multilingual stores. Despite this, Shopify has a built-in multilingual option that is mostly used on the checkout pages. The new BigCommerce Stencil framework also includes a file structure for internationalization. BigCommerce’s new optimized one-page checkout also supports multi-language checkout.

Shopify offers its own payment channels that are both sophisticated and simple to use. Other payment gateways demand fees for using them. BigCommerce makes it simple to connect your business to payment gateways and charges a low transaction fee.

The following features are included in every BigCommerce plan:

The more advanced BigCommerce plans also provide segmentation features to help you customize your customers’ shopping experiences, as well as the option to send automated abandoned cart recovery letters to consumers who have abandoned their shopping cart at checkout.

The following features are included in every Shopify plan:

Shopify’s basic subscription gives you amazing insights into product performance – you can see how certain products have sold over time – but it doesn’t include all of the metrics you’ll need. To acquire access to sales and profit reports, for example, you’ll need to subscribe to a more premium Shopify subscription.

BigCommerce has the advantage of charging no transaction fees for any of its plans, independent of your payment gateways. This makes BigCommerce’s credit card fee slightly less expensive than Shopify’s, especially when considering larger plans. Store owners that sell a small number of goods may not notice the change, while merchants with great demand will.

For Shopify, the percentage fluctuates from 0.5 to 2% depending on the quantity of the order. The only time this is not true is when you use the Shopify payment system. However, this feature is only available in a few countries, so if you’re not located in one of them, you’ll have to utilize a local gateway and pay Shopify’s transaction fee.

Users are charged differently by the ‘Shopify Payment’ processor depending on whether they are selling online or in person, the country they live in, the plan they are on, and so on. Meanwhile, BigCommerce recommends paying with a credit card through its partner, Paypal, which charges between 2.2 and 2.9 percent depending on the plan.

Shopify and Bigcommerce have similar customer service alternatives, including phone, live chat, forum, FAQs, and email. BigCommerce provides customer service via phone, email, and live chat 24 hours a day, seven days a week. However, before getting a phone number or email address for the support team, you should fill out a form and check the BigCommerce website’s proposed solutions.

Shopify’s customer service is also available 24 hours a day, seven days a week. And, like BigCommerce, you have to explore solutions to your problems before getting access to the contact information you need. Shopify offers phone assistance through a “callback” system, in which you supply your phone number and Shopify calls you back when they have a free support session available.

Shopify has a larger network of community, developers, and partners when it comes to the need for assistance. Because of its popularity, businesses who use this platform can easily get community or official help. Shopify offers a community of staff and developers who are willing to answer concerns and work to improve the platform. BigCommerce is a growing community with a relatively small user base but a very active user base.

More than 6000 apps are available in the Shopify app store. Except for the Shopify plan, their rates range from free to roughly $200 per month. Developed both in-house and by third-party developers, those apps allow you to add basically any function imaginable to your store.

BigCommerce’s app store includes both free and paid apps. Similar to Shopify, this allows store owners to add additional features with just a few mouse clicks. However, it has a slightly less assortment than Shopify’s, with only about 1000 apps. Although, in terms of functionality, you’d be hard-pressed to find a Shopify app that doesn’t have a BigCommerce counterpart.

Adding functionality to Shopify takes longer than adding features to BigCommerce. However, Shopify’s app store is far larger than BigCommerce, so you’ll not only have more useful tools at your disposal, but you’ll also be able to be more selective about which tools you include on your site. Conversion optimization, SEO, marketing, customer retention, social media integration, fulfillment, customer care, and many other extensions are available.

There are a number of factors to consider when selecting the perfect e-commerce platform for your business, including backend scalability, robust infrastructure, extensive integrations, and best-in-class SEO, marketing, and conversion tools. The good news is that there is no such thing as a bad decision when it comes to choosing between Shopify and BigCommerce. Both platforms have similar cost and feature sets. The devil, though, is in the details, and it all relies on how you want all of those elements provided. 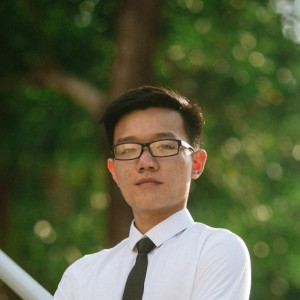 Hoang Nguyen is a digital marketing consultant specializing in eCommerce. He is now working at Beehexa, follows Agile’s manifesto to create content to help eCommerce store owners and retailers simplify and automate their businesses.