The comparison between Legacy POS vs Cloud-Based POS

With the advancement of technology, the POS system has been enhanced to be mobile and to maximize customer convenience. Compared with the legacy POS (traditional POS system), the cloud-based POS (modern POS system) has many differences and a range of superior features. In this article, we’d like to evaluate the comparison of legacy POS vs cloud-based POS for your reference.

Before we delve into the differences between traditional POS systems and modern POS systems, let’s look back at three important development milestones of the point-of-sale system.

By giving information about the point of sale development, we want to state that the innovation of a modern system is essential to meet today’s users’ demands. Based on the existing platforms, a cloud-based POS system promises to explode even more in the next few years. which is forecasted to reach $18.1 billion by 2027. (Grand View Research, 2020)

Legacy POS is also known as a traditional POS system. It was popularly used for many years before the cloud technology system was introduced.

Legacy POS is a sales management software that contains a computer installed with the point of sale software in order to save all the information and data. All data will be stored on the local server and closed intranet system.

To make it easier for illustration, let’s imagine when you have a picture on your old phone you are only allowed to see it when you open the phone. In other words, you can not move that picture to different devices or upload it on your social apps. It happens the same to the Legacy POS system, which is inconvenient in today’s world when the need to exchange information and data is higher than ever. Therefore, the emergence of Cloud-based POS has changed the game of the POS market.

In terms of a cloud-based POS system, your data is not stored in the local server, but in a cloud via a remote server.

The modern POS is created with an interface that can link all internet-enabled devices, including tablets, smartphones, and touch screens so that users can access the POS system anytime through different web browsers.

Cloud-based POS systems are sometimes referred to as POS applications because they are often used on mobile devices. They are also known as EPOS (electronic point of sale) to reflect the ability to run on internet-connected devices. Besides, you can read this article to have a bigger picture of what is a POS system.

We can see from our analysis that the biggest difference between a legacy POS system and a cloud-based system is how data is stored, and each has advantages and disadvantages. The following part evaluates detailed information about the differences between the old and new point-of-sale systems.

The comparison of Legacy POS vs Cloud-based POS

Data storing is one of the main characteristics that distinguish modern POS and traditional. However, there are some variable factors that we need to consider.

After evaluating the differences, it is noticed that the advantages of a POS system running on cloud-based technology bring more benefits over the legacy POS system, and you can read more about the benefits of cloud-based POS in this blog.

When it comes to computers or technology, “Legacy” is a term that refers to obsolete computers or systems which are still in existence while upgraded versions have been invented to replace them. If you are using Legacy POS systems and are starting to notice signs of deterioration, you should consider updating and installing a new system.

As a result, we recommend you use a cloud-based POS system. There are some barriers you would face when adopting a legacy POS system. Here are some reasons that you should take notice of.

4. How to choose a good Cloud-based POS?

Being aware of some of the limitations of the legacy POS system is a worthy reason for you to consider the transformation. Here are various criteria for choosing a good cloud-based system.

Subjectively, you need to consider factors such as the needs of your business, the industry your business is in (F&B, fashion, retail, professional service), how many employees you have, and what features you need.

Objectively, you can choose a cloud-based system based on the price, and the features that the provider promises to bring. In addition, you should read more reviews from used customers, and read more articles comparing popular POS software on today’s market to have a better understanding of the products.

Specifically, how to get the right cloud-based POS system that you need, we will see you in the next Beehexa article!

5. Some advice for Legacy POS users

5.1 How to migrate legacy systems to cloud-based systems

Many people who are using legacy POS systems feel afraid to switch to a cloud-based system for fear of wasting time and money. However, we recommend doing it, since the process will not be too complicated if you really understand what it is.

The most important thing people consider about moving to Cloud-based systems is losing data.

Now, you don’t have to worry about that problem, because you can retain and save all your precious data for conversion to the cloud POS system. To support this process,  Tableau and PowerBI are two pieces of software that you can use to store your data. First, the data on your Legacy system will be transferred to the analysis and storage software provided by Microsoft, Power BI. After transferring your data to the software, you can move it to your Cloud-based POS immediately.

In addition, when you contact a cloud-based POS provider and explain your migration need, they will always support you at their best in the migration process. Don’t worry that you’re not alone in this transformation turning point.

5.2 How to go online with legacy systems

The way to migrate from the old system to the new system can be suitable for small and medium enterprises because the size of the business is not too large and the functions are less interconnected. In other words, when changing one system, other systems within the enterprise will not be changed too much.

In contrast, companies with larger enterprise systems, may not like to change and completely remove the stable operating systems they are currently using for only adding eCommerce features to the operation. As a result, some e-commerce platforms already allow direct integration of your online sales platform with your existing systems.

However, there is a risk that the online sales system will not work well or be stable with the old system. Additionally, when integrating an e-commerce platform with your Legacy POS system, it may be limited in certain features and functionality that you need or that your customers expect.

Another solution that you can consider if you do not want to completely replace your Legacy POS system is to use ERP (Enterprise Resource Planning) software.

You can think of ERP as an intermediary model that sits between your legacy POS system and other functional platforms and connects them together, including a common database, providing a single set of data. Synchronized data helps optimize your processes and speed up business interactions. For example, when an order is recorded on your eCommerce platform, it goes to your ERP system, and automatically enters your Legacy POS system, so you don’t need to do it. manual operations

Installing an ERP system can be expensive and time-consuming. But it is also an effective solution worth considering and improving in your legacy POS system. But you do not need to worry too much because you will find a reliable support unit in this field like Beehexa. You can send us questions and requests here.

We hope that this article has helped you answer some of your questions about old and new POS systems. Each has its own advantages and disadvantages; therefore, you must consider and choose the one that offers superior benefits to the other one.

If you have any questions regarding POS integration, do not hesitate to contact us. Beehexa is an expert with extensive experience in helping businesses solve integration problems.

Lightspeed POS Review (Updated 2023): All Pros & Cons – Is Lightspeed Worth It?

Why is the O2O Solution necessary for Store Owners? 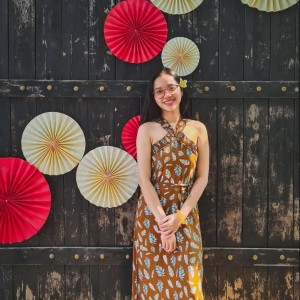 "The dogs just learn when they do it". The challenging beginning doesn't hold me back, for I am more afraid of not being able to learn and make the most out of myself

This website uses cookies to improve your experience while you navigate through the website. Out of these, the cookies that are categorized as necessary are stored on your browser as they are essential for the working of basic functionalities of the website. We also use third-party cookies that help us analyze and understand how you use this website. These cookies will be stored in your browser only with your consent. You also have the option to opt-out of these cookies. But opting out of some of these cookies may affect your browsing experience.
Necessary Always Enabled
Necessary cookies are absolutely essential for the website to function properly. These cookies ensure basic functionalities and security features of the website, anonymously.
Functional
Functional cookies help to perform certain functionalities like sharing the content of the website on social media platforms, collect feedbacks, and other third-party features.
Performance
Performance cookies are used to understand and analyze the key performance indexes of the website which helps in delivering a better user experience for the visitors.
Analytics
Analytical cookies are used to understand how visitors interact with the website. These cookies help provide information on metrics the number of visitors, bounce rate, traffic source, etc.
Advertisement
Advertisement cookies are used to provide visitors with relevant ads and marketing campaigns. These cookies track visitors across websites and collect information to provide customized ads.
Others
Other uncategorized cookies are those that are being analyzed and have not been classified into a category as yet.
SAVE & ACCEPT